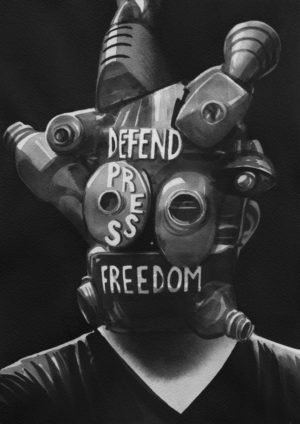 View cart “Radenko Milak, Anti-Terror Law on July 4, 2020 at the University of the Philippines in Quezon City, Philippines” has been added to your cart.
VIEW CART

(plus frame and shipping)

The term “Anthropocene” (ancient Greek for “the human [made]
new”) contains the idea of a new geochronological epoque following
on from the Holocene, which began about 11,600 years
ago (after the end of the last glacial period). The surface of the
Earth as well as its biological and chemical composition are
undergoing long-term change as a result of the spread of urban
life forms, microplastics, air pollution, and deforestation. The work,
for which a collage-like technique is employed, presents
Amazon rainforest wildfires as a historical necessity. Milak
makes the viewer aware of the vast dimensions of geological
change and encourages debate about the nature of the strategies
required for a global sustainability policy.