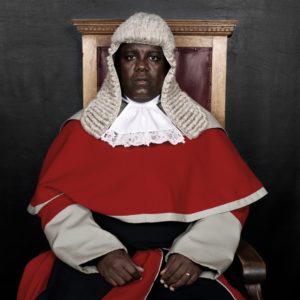 Californian Wildflowers
San Francisco’s Tenderloin District is a socially troubled area with a high rate of homelessness, alcoholism and drug addiction. It is an “outsider” district located directly in the center of a city in which the “freak” scene (still) asserts itself in contrast to the digital economy of the nearby Silicon Valley. For Pieter Hugo, “it feels like an anarchic community in the midst of a crazy boom” (Pieter Hugo on “Californian Wildflowers,” 2016). Here, he openly approached people who met him without fear. They revealed themselves to him in all of their beauty and vulnerability, in their vibrancy and distinctiveness.