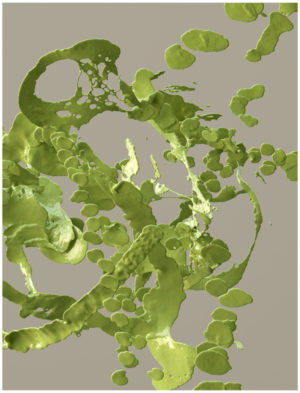 Banz & Bowinkel, Primitives I 04 From the series Primitives

In the Banz and Bowinkel series Primitives, found objects built from the so-called “primitives” are exhibited in their augmented forms. Primitives are basic graphical forms that are used as a foundation for the creation of more complex structures. Triangles or polygons are important primitive forms that make up digital 3D objects. They are the building blocks of the virtual world and, due to their comprehensible and clear shapes, symbolize the counter-images to the complex procedures of the bots and algorithms.

Be the first to review “Banz & Bowinkel, Primitives I 04 From the series Primitives” Cancel reply