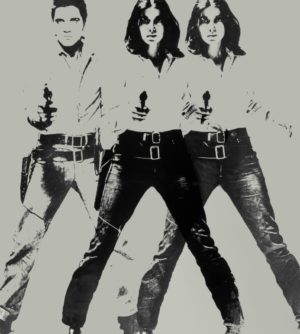 View cart “Ulrike Rosenbach, Art Is a Criminal Action” has been added to your cart.
VIEW CART

Signed and editioned by the artist
Unframed

To mark the exhibition # BONVIE 70s/80s, PRISKA PASQUER is bringing out an edition “Lemons after Chernobyl”. The motif shows two deformed citrus fruits harvested in Greece following the Chernobyl disaster.

The Chernobyl nuclear disaster of 1986 was a historic event to which Rudolf Bonvie devoted one of his most important works. He immediately understood that the magnitude and significance of this event could not be conveyed by means of conventional (image) reporting. The “Rhapsodie nucléaire” is based on starkly alienated photographs of nuclear power plants. The buildings appear detached, abstracted and flattened, almost unreal – yet at the same time with an objective, rational identifiability in their symbolic character. “The power of these pictures lies in their inadequacy when compared with the unimaginable, incomprehensible reality.” (Erich Franz).

While his photographic works attempted to capture the permanent threat posed by nuclear energy, Bonvie also explored the response to the disaster in the print media. Between 30 April and 1 June 1986, he collected all reports about the nuclear accident published in Cologne daily newspaper Kölner Stadt-Anzeiger and assembled them chronologically and column by column into a three-part picture diagram. This visual interpretation alienates the verbal news material while at the same time exposing the speechlessness masked by the supposed readability: the remembrance work is a monument to our ability to be horrified by something directly and then to forget about it quickly. Bonvie has now compiled the texts together again in a small book.

The work cycle “Rhapsodie nucléaire” met with an enthusiastic response ten years later in an exceptional project. To coincide with the tenth anniversary of the Chernobyl reactor disaster, Rudolf Bonvie designed a dinner service called “Sur la beauté d'une centrale nucléaire” (On the beauty of the nuclear power plant). All pieces feature hand-painted decorations from stylised nuclear power plants. The service is an angry, ironic comment on the human tendency to suppress and forget: how are we supposed to eat from plates decorated with reactor images without the food sticking in our throats?

All the series of works that Rudolf Bonvie has created on the subject of nuclear power plants are still very relevant to the present day – 29 years after Chernobyl and five after Fukushima.

Be the first to review “Rudolf Bonvie, Lemons After Chernobyl” Cancel reply